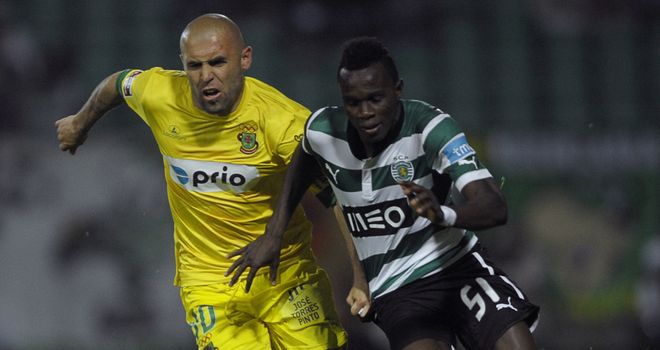 Chelsea have been given a boost over their pursuit of Sporting Lisbon sensation Bruma as the player has begged his club to allow him to move to Stamford Bridge, according to recent reports.

The Metro claim that a bid of £12 million for Bruma has already been rejected as the Lisbon club are desperate to hold on to the teenager for at least another 12 months, but Jose Mourinho is keen to land the player following his impressive form for Portugal during the Under-20 World Cup earlier this month.

It’s a story that seems to be dragging on and is complicated by several claims and counter claims. I’ve read stories that say he’s only got one year left on his deal but there is even doubt over that as some Portuguese sources have said that the player and agent believed the 18-year-old’s contract expired at the end of June.

If Bruma does want to move to Stamford Bridge then there’s little Sporting Lisbon could do at this stage as he’s unlikely to sign an extension to stay in Portugal and the damage has been done in terms of their relationship if Desporto are to be believed and the player has refused to train.

Chelsea could end up getting the player for free as his representatives believe that there’s grounds for termination as last season should have been the end of the deal but in order to ease tensions it may not be a bad idea to offer Sporting something. Perhaps small compensation and a player or two on loan, as they will want to save face and Chelsea would prefer a speedy resolution rather than getting involved in a dispute between player and club.

Bruma has been touted as the ‘next Ronaldo’ so he’s obviously highly thought of in Portugal and Mourinho is obviously keen on bringing him into the fold.